The fashion industry – from your department store to your luxury boutique – is undergoing significant change at the hands of the digital revolution. That’s not new in concept. Neither, mind you, is talking about things like artificial intelligence, virtual reality or blockchain as emerging technologies.

Put those two together however, and things start getting interesting. Broad business adoption of machine learning (for instance) is one thing, but in the context of the impact that then has on shopping, we start to be able to see what the future might look like.

At this time of year, the web is inundated with predictions for what lies ahead, especially in the marketing and technology space. Yet, at a point when consumers are not only more demanding than ever, but market conditions are increasingly volatile, keeping abreast of such movements has also never been so pertinent.

This isn’t a list that pushes the likes of mobile or omnichannel strategy, no matter how far off retailers actually are from achieving the latter particularly, nor is it a focus on areas including the fashion week cycle or sustainability, despite how important these are to shifting business strategy. Rather it’s an opportunity to remind yourself of some of the key things to think about from a digital marketing and tech perspective as you head into the New Year. If 2016 is anything to go by, it’s set to be an interesting one…

1/ One-to-one relationships will be possible at scale

Personalization at scale is becoming ever more of a reality thanks to the role that artificial intelligence and machine learning is playing. Nascent at this stage (particularly when applied to the fashion and retail space), we’ll see significant uptake next year and beyond, whether that be around driving recommendations, offering natural language search responses or building out more intelligent customer service. The outcome, in theory, is the idea of returning to the store of yesteryear, where the owners knew every shopper on a one-to-one basis. This time, it’s not only at scale, but constantly learning so as to keep improving the experience. It also comes with significant value exchange attached for the shopper, both online and in the real world. The nuance that goes into fashion selection makes this one of the harder areas to play in, but the company that figures out how to tie that together with personal data on a shopping level, is in for a win.

2/ The bots will arrive (they have already)

For now, AI is largely being applied in the messaging space. Burberry, Nordstrom, Tommy Hilfiger, Sephora, Everlane and American Eagle are just some of the fashion and beauty brands already experimenting with chatbots – machine-led customer service tools on Facebook Messenger, Kik and the like. Bar the odd gifting experience, this has largely been about relatively basic campaigns so far; more a bid to hit the early adopter goalpost than successfully convert consumers via new means. Looking to 2017 however, the software is only likely to improve as it learns, but so too are the brand approaches to nailing this as a channel. Look out for more ‘conversational commerce’ tied to both online and offline shopping up ahead. 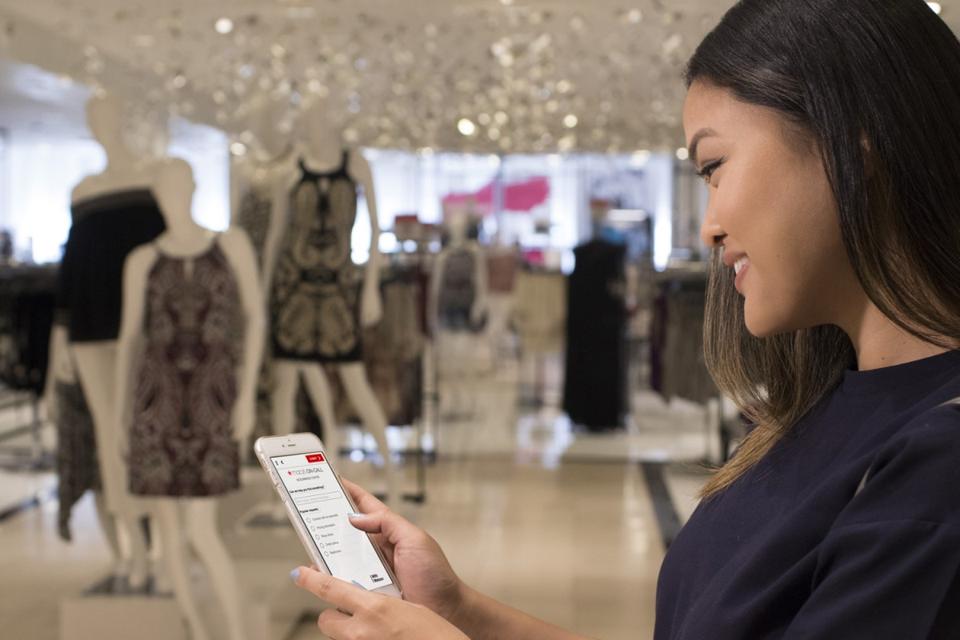 3/ Frictionless brick and mortar retail will become an expectation

Technology in the store is only increasing. Rather than the sort of garish initiatives we’ve seen to date – press-worthy campaigns based on big tech geared to the customer experience – we’re moving into an era where what’s put in store has to recognizably enable a more frictionless style of shopping. Ever demanding consumers are expecting to get what they want more quickly and easily than ever, especially when it comes to the payment part – hence the launch of Amazon Go, a new checkout free grocery store, and even the self-checkouts at Rebecca Minkoff. It’s about the Internet of Things (connected stores, collections, fitting rooms and more) having a useful consumer impact. It’s this sort of heightened level of convenience that will be the ultimate customer experience in 2017. Easier said than done for businesses restricted by legacy systems, but those looking to improve on it from an omnichannel perspective will lead the pack.

If we’re talking about the Internet of Things, there’s going to be an increasing amount of focus put on voice in terms of a user interface. This is the next big platform for interaction with services – whether via devices in the home, or smartphones on the go. Apple’s Siri, Microsoft’s Cortana, Google Assistant and Amazon’s Echo device, featuring Alexa, are all playing in this space; the question is, what does this look like for retailers (beyond Amazon)? It’s more likely to impact the consumer goods space initially, but fashion brands have an opportunity to experiment and potentially a need to future-proof here too. Mary Meeker of KPCB predicts that by 2020, half of all web searches will use voice or image search rather than text. “More efficient and often more convenient than typing, voice-based interfaces are ramping quickly and creating a new paradigm for human-computer interaction,” she said. Again, it’s about frictionless experiences – information through to purchase within one simple stream rather than multiple clicks away.

As far as emerging technologies go, it’d be hard to miss everything happening in the realm of virtual and augmented reality. Goldman Sachs theorizes retail will be one of the first industries to be disrupted by the two combined, leading to a $1.6bn market based around 32 million users. Already heavily played with across the fashion, luxury and beauty space, albeit largely for PR purposes, we’ve seen everything from storytelling to fashion shows, not to mention practical applications for things like make-up try-ons, as per the likes of beauty brand Charlotte Tilbury. It’s the latter idea of functionality that will continue apace in 2017. Forget mere gimmick, or even gamification (as seen with Pokémon Go, which will arguably be referred to as the turning point for the mass adoption of AR) – these digital realities are set to help shoppers and businesses alike in numerous new ways, making them a highly relevant tool to explore. If any further indication was needed, just look to Alibaba – the Chinese e-commerce giant invited shoppers to not only visit a Macy’s store using VR, but enabled them to pay merely by nodding their heads. 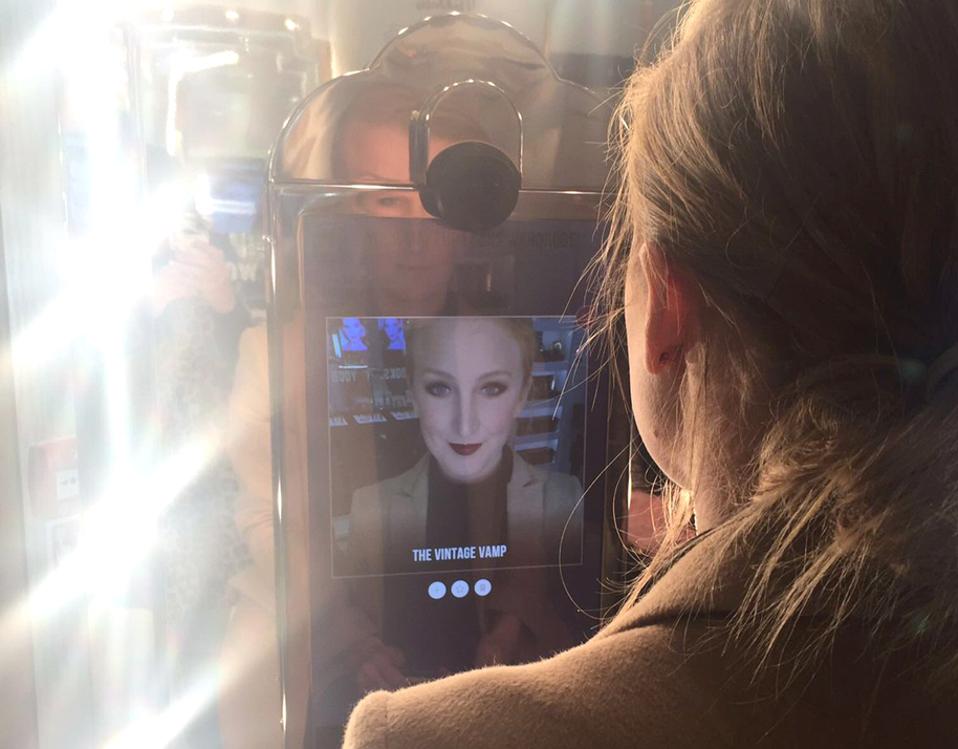 Blockchain still remains somewhat in the confines of tech discussions rather than one too familiar in fashion circles, but behind the scenes it’s making significant headway. It’s referred to by Gartner as a “type of distributed ledger in which value exchange transactions (in bitcoin or other token) are sequentially grouped into blocks”. The blocks can’t be modified, but can be viewed, meaning a huge benefit lies in the added trust and transparency that provides. It was once about cryptocurrencies alone, but can now be applied to a multitude of verticals, including fashion, where there are interesting impacts to be had from a supply chain perspective particularly. Blockchain can facilitate storytelling around provenance, and even serve as a marketing and branding tool, as already tried and tested by Shanghai Fashion Week brand Babyghost. It’s the security side to help combat counterfeit goods that seems most pertinent however. As JWT Intelligence wrote: “Blockchain’s transaction ledger is perhaps the most secure tool available today to verify authenticity, a major concern in the luxury goods sector.”

Live video isn’t a new concept, but it gained serious ground in 2016 off the back of big launches including Facebook Live and more recently both Instagram and Twitter’s own versions, not to mention the continuing role Snapchat plays too. The result is serious marketing thinking in this space, which will roll forward into the New Year for those looking to gain a competitive lead within social media. It’s not overly surprising; standing out has never been harder on each of said platforms, especially in an increasingly pay-to-play market, meaning those who take the plunge as first movers, stand to gain significant advantage, albeit for limited time. Both Benefit Cosmetics and Primark are worth looking at in the Facebook Live space. WARC warns brands to think about things like quality over quantity and recognizing the three-second window you have to grab a viewer’s attention.

8/ We’ll see more of a shift to visceral experiences

Contrary to the very idea of tech in the store, or digitally enabled experiences both online and offline, will come more in the way of the physical, visceral side of retail in 2017. Adding a ‘third space’, or the idea of services in store that encourage dwell time, is no longer enough however. Success will come to those who push for differentiated experiences to their competitors, with emotional connections playing a significant role. As Doug Stephens, futurist and author behind Retail Prophet, recently wrote: “In a world where almost every aspect of our lives is somehow tethered to technology, experiences that engage our bodies, our senses and our souls are at a premium. Digital is what we’ve become but visceral is what we crave.” Fashion brands and department stores especially, will need to start taking a leaf out of the likes of Apple’s book. It has recently removed the word ‘store’ from its destinations, and is instead referring to them as ‘town squares’ – places where consumers want to gather and spend time. It’s all about community, entertainment and education, whether that includes tech or otherwise.

Written by Rachel Arthur is a business journalist, innovation consultant and the founder and editor of Fashion & Mash, a daily news site covering the intersection of fashion and technology.

The Evolution Of Material And Design: New Path Towards 3D Printed Fashion

‘Nanobionic Technology’ is being most innovative technology in textiles

This website uses cookies to improve your experience. We'll assume you're ok with this, but you can opt-out if you wish. Accept Read More